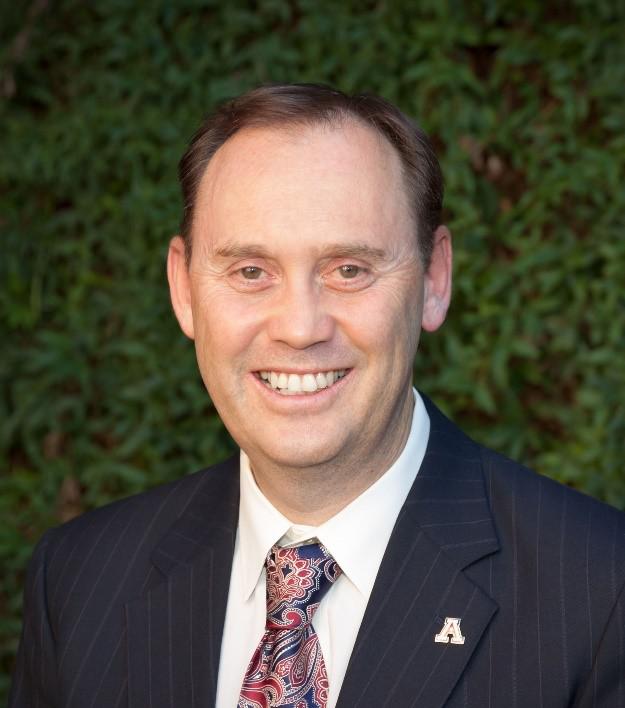 A native of New Zealand, Dr. Burgess has worked around the world as a practicing veterinarian and scientist. His areas of research expertise include cancer biology, virology, proteomics, immunology, bioinformatics and computational biology.

Dr. Burgess is currently Vice President for Agriculture, Life and Veterinary Sciences, and Cooperative Extension and the Charles-Sander Dean of the College of Agriculture and Life Sciences at the University of Arizona. The division has a total budget of $142M with over 3,400 students and 1,300 employees. UArizona has been ranked as the top performing university in the world in water resources. Its M.S. in Agricultural and Resource Economics is ranked as the 15th best M.S. in Economics in the United States, and US News and World Report ranked UArizona’s programs in plant and animal science as #22 internationally.

Under Dr. Burgess’ leadership, the division launched the Yuma Center of Excellence in Desert Agriculture and the Gary and Barbara Pasquinelli Career Center. He also led the College of Agriculture and Life Sciences in the creation of new undergraduate degrees in Biosystems Analytics and Technology, Food Safety, Nutrition and Food Systems, and Personal and Family Financial Planning.

A “first-generation student,” he graduated with distinction as a veterinarian in 1989 from Massey University, New Zealand. He has worked in and managed veterinary clinical practices in Australia and the United Kingdom, with services in horses, farm animals, pets, wild and zoo animals, and emergency medicine and surgery. He did a radiology residency at Murdoch University in Perth, Western Australia, where he co-founded Perth’s first emergency veterinary clinic concurrently, and he has managed aquaculture facilities in Scotland. He did his Ph.D. in virology, immunology and cancer biology, conferred by University of Bristol Medical School, U.K. while working full time outside of the academy between 1995 and 1998.

Dr. Burgess volunteered to work in the U.K. World Reference Laboratory for Exotic Diseases during the 2001 U.K. foot and mouth disease crisis, where he led the diagnosis reporting office for the Office of Prime Minister Tony Blair. He was awarded the Institute for Animal Health Director’s Award for Service.

In 2002, Dr. Burgess joined Mississippi State University’s College of Veterinary Medicine as an assistant professor. He was recruited from Mississippi State as a professor, an associate dean of the college and director of the Institute for Genomics, Biocomputing and Biotechnology to lead the UArizona College of Agriculture and Life Sciences in 2011.

Since 1997 he has 190 refereed publications, trained 38 graduate students and has received nearly $55 million in competitive funding.